– the wisdom of children – 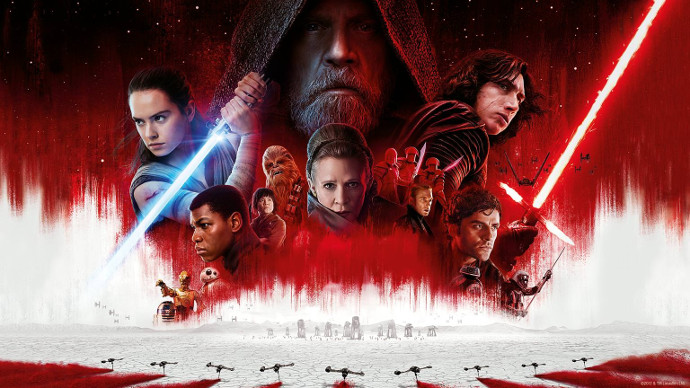 This website is dedicated to our children and their childhood. Perhaps they will read it when older, seeing some of their early years through parents’ eyes. Among many other reasons, the name of this website was set as a homage to Star Wars universe. And this because our kids love this story.

Personally, I am of an other age, and perhaps of a different kind. Sci-fi fans would probably call me a Trekkie. During 80’s, when came in contact with Star Wars universe, I was maybe to … old for “A New Hope”, but even so, I enjoyed “The Empire Strikes Back”.

Intro
So, our children admire the jedi way. Their imagination flows. They were even motivated to read (Star Wars) books in English, at a time when they hardly were capable of reading at all, in mother tongue.

And then “Star Wars (VII) – The Force Awakens” came. A good appearance for my children, although they had a number of critics. Anyway, it reaffirms this saga, it makes strong links with the old episodes (read values), it introduces new characters, and puts into stage a number of threads and mysteries. Lots of material for a child’s imagination. … And for next episodes. I won’t analyze episode VII and its weak points; enough to say that it makes a good reboot from a child perspective.

The Hoax
In order to understand my point, one must know first how Episode VII ends. After a lot of struggle, Rey arrives in front of Master Luke, with nothing less but his iconic lightsaber. This saber is part of her visions, but also part of Star Wars history. Building this moment is THE SUBJECT of this entire movie, and the point where it ends. This is not a movie on its own rights, it’s only an introduction, a prelude. It only displays the intrigue, creates some mystery, rise some questions, inviting us to find answers in the next movie (and pay tickets). Trailers, toys, all marketing to grab children into the whirl. Why is this much waited encounter (Rey-Luke) so important ? Because it’s meant to provide answers to main themes proposed. Who is she ? How did she get to this point ? What is Luke doing here ?

And finally, here comes over us the disaster: Episode VIII – “The Last Jedi”.

The stage was set, just as I said, in previous episode, but for what ? Now (in the continuation – in this new episode VIII) Luke takes the saber and then throws it behind. … WHAAAT ?!!? … Without any word, without explanation. You may believe that he knows why. But it turns out he has no idea who Rey is and no intention to deal with her. All marketing for nothing. What a hoax !

The saber is in itself a symbol: of action, of the jedi way, of their power. And it’s not just any saber. It is the one that was used by Anakin in the prequels, fought with it in the Clone Wars, taken by Obi Wan in the epic fight from Mustafar (Episode III), passed it to Luke (Episode IV – “A New Hope”) to learn with it the path of the jedi, and then to fight with it against Darth Vader (Episode V – “The Empire Strikes Back”), where looses the battle and the lightsaber, just to arrive to Maz Kanata who gives it to Ray (Episode VII). You may think I don’t understand the message in this movie ? Oh, I do, as this saber represents the entire Star Wars history, its values, even its … fandom (as a precious relic that is). I do understand what Lucasfilm/Disney meant here. But messages from episodes VII and VIII are not convergent, the story is not coherent. And the new message is disorienting. Even my kids were baffled. But wait, it used to be a story for children and teenagers, with a more clear and straightforward philosophy. This here does not feel like Star Wars. I went to the movie with four children because they asked for, because they were the subject of Disney marketing. And as parent, I didn’t digest it well.

This attitude of the producers is reflected throughout the entire movie, as the hoax continues with Snoke, Knights of Ren, and this is how Episode VIII goes on and on … It throws away everything Star Wars stands for. It completely shredded the work of his predecessor in episode VII, to say the least. The effort to cancel out the threads from episode VII is obvious. A reboot of the reboot. Why must we be spectators to political maneuvers within Disney ?

Beyond this, it destroyed the values Luke stood for … And Leia … Leia looked like a powerless general. All the fleet followed Poe in disobeying Leia. And almost all went dead ! … What ?!!? … Then the desperate and pointless mission of Finn only brought dead for the rest of the Resistance that survived Poe’s stupidity. And by the way, Finn is depicted like a coward trying to run away. Not to speak about vice-admiral Holdo, that only gave us a creepy perspective on leadership. She can’t explain basic things in front of Poe that looks like a stupid guy himself. The plot goes even more absurd from this point.

Conclusions
Children are subject to marketing and propaganda, and in these days this it is called entertainment industry. Entertainment is the tool used for corporation interests, to the detriment of education. Or, better said, this is the new education, an agenda pushed by corporations, in detriment of entertainment. So, is this a movie for children/adolescents ? My answer is no. Or does it provide a philosophical perspective for a person like me ? No, not really, as the plot is full of inconsistencies. Actually it’s a disaster. Eventually, what remains is the political propaganda within an effort to destroy the past, the history and old values of Star Wars. It may be effective in order to clean the stage for a new generation, although I must say it was made in an ugly way (see here).

Obviously, the marketing was professional. The trailer was nice, but I cannot be satisfied with this lousy strategy of making deceiving trailers. Overall, the actors were good. Adam Driver (playing Kylo Ren) gave us this consistent performance. Also, Carrie Fisher (Leia) showed us some of her best acting skills. Mark Hamill was very good, too. Good actors serving a doubtful purpose.

We were subjects to a marketing that promoted a story with some beloved characters, and we were trapped into a political and ideological propaganda wrapped in feminist complexes.

Personally, I consider this film a disrespect from Disney, concerned only to cash in, and clean the stage at any cost. For me, Star Wars franchise looks pretty much dead after episode VIII.

We will keep our effort in promoting some positive values to our children (i.e. from our old Romanian fairy tales). So we, as family, shall go back to old habits and stop paying for Disney nice packed propaganda. Maybe the last jedis will remain, like us, scattered throughout the … uummm … Internet in various places, far far away from Disney’s corporatist marketing …

I am amazed by the excellent reviews this movie has from professional critics. This is a story in itself. The empire controlling almost the entire galaxy …